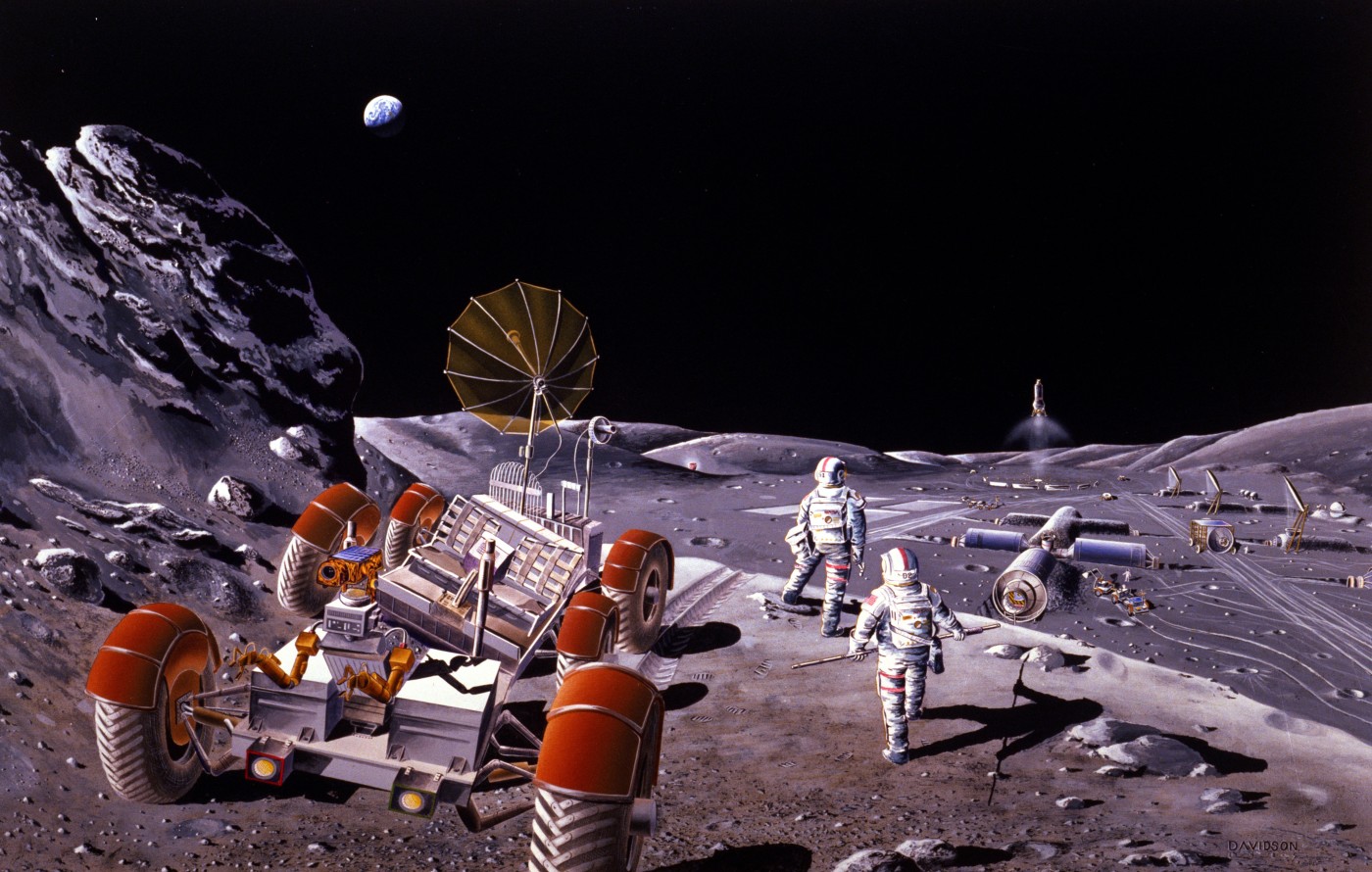 Somewhere between the current human presence in the space—zilch, save for three people aboard the ISS—and the most ambitious, wide-eyed, optimistic visions for colonization—Musk’s million people on Mars, Bezos’ trillions throughout the solar system—there’s a middle ground where we work on and explore other planets, but inhabit them only in the same sense that we inhabit Antarctica, and gain from them mostly scientific value rather than full-on commercial exploitation. Our valiant astronauts would sign up for years rather than lifetimes, cramped research posts rather than tremendous domed cities. It’s a little prosaic, certainly, but consider how cheap it would be next to bootstrapping a whole civilization on Mars—and in the absence of much financial incentive to put people in space, I think that science is the best driver to get us out there, at least until we build the economic and political groundwork for colonization. What I’ll try to do today is figure out which destinations offer the best prospects for Antarctica-style research bases, semi-inhabited and semi-self-sufficient. My criteria are two driving questions: first, how much of a hassle is it to go, and second, what can we discover there, anyway?

This one’s not even our cosmic backyard—it’s our porch, maybe our windowsill. At this moment we have a research station up there that’s been active for some twenty years. So far, its scientific resume is pretty hefty, focusing mostly on how humans, animals, and other miscellany react to a weightless environment, and at a whopping 420 tons it is the largest object we have yet launched (albeit in small pieces).

LEO’s main advantage is probably that it is the lowest common denominator of spaceflight. It’s hard vacuum, like everything else in space that isn’t on a planet or star, and it’s a location you already need to reach to get anywhere else, so if you have some research you need to get done in space (materials science, climate study, Earth observation, and astronomy, to name a few) 400 kilometers up is the place to do it.

It’s a ball of rock, but it’s our ball of rock, and it’s the easiest place to put any sort of surface outpost beyond our own planet. Advantages include ease of resupply and rescue (it’s just three days away) and ample ISRU (water ice, aluminum oxide, solar power). Disadvantages include radiation—much more than in LEO—considerable temperature swings between shade and sunlight, and a surface entirely covered in tiny, ultra-abrasive dust that will shred your lungs if any of it gets inside your spacecraft. Not a kind place, certainly. But the science is excellent.

There’s an awful lot we still don’t know about lunar geology. Its formation remains mysterious, as do the sinuous rilles (space canyons) snaking their way across the surface, and of course we have yet to map most deposits of ice, minerals, helium-3, and the like. Furthermore, a popular use of the lunar far side is as a radio observatory. Presently, any radio telescopes have to contend with the blizzard of EM radiation surrounding Earth, but on the Moon there’s plenty of shielding to provide a quiet, pristine viewing environment.

Mars is the darling of space—a world hailed as Earthlike by default, simply because everywhere else is so relentlessly inhospitable. It gets talked about often and I’ll only cover the broader points here. First, the location is not great: since it follows its own separate orbit around the sun, it’s only possible to launch resupply missions every two years, and the transit time is around seven months of cramped, radiation-soaked hardship. A disproportionately thin atmosphere makes landings a nightmare.  Then, when you finally reach the surface, temperatures are Antarctica-like on a sunny day, and the soil is deathly toxic.

But it’s not all bad news. Mars has wonderful ISRU, with plenty of water ice just waiting to be thawed, and returning a crew to Earth isn’t unthinkable given the light gravity. And the science would be magnificent. To find another world with terrain shaped by rivers and wind, you’d have to go all the way out to Titan. Martian geology is marvelously complex, its weather systems dynamic, but perhaps the greatest draw is the prospect of life—buried deep underground, biding its time until some intrepid biologist can catalog it. From a purely scientific perspective, microbes on Mars would be the discovery of the ages. For other reasons I hope we either never find them or eventually kill them if we do.

A bit closer than Mars, with wonderful opportunities for solar power. The downside is that any research station on the surface, a deadly furnace of sulfuric acid and tears, is an absolute non-starter. Any scientists there would have to reside in an orbital station (where they would watch the clouds, presumably) or in a floating habitat (where they would watch the clouds closer). There are research opportunities for weather observation, mapping the certainly complex patterns of wind and vapor high above Venus, and I suppose scientists could make close-up radar maps of the surface, but I’m not certain there’s a whole lot else an aerostat outpost could do, dangling helplessly above the cloudtops. ISRU would also be a hassle, but not impossible (see an earlier post of mine).

An awesome and majestic world. Shipping astronauts to and from it would be a nightmare, given that it’s just so darn far away, but at least there’s water ice to make all the fuel you need, and none of the moons are large enough to pose a challenge for landing. Any sustained human outpost would probably have to be on Callisto or buried deep on one of the inner satellites; Jupiter has radiation belts so insane that even robots have a hard time, and a day on Europa will give you a lethal dose of radiation (https://en.wikipedia.org/wiki/Colonization_of_Europa). That means that teleoperated robots are probably the way to go when drilling for life.

While the location is remote, the science is wonderful. We know very little about Europa, perhaps the likeliest place for life elsewhere in the Solar System, and there may also be oceans under Ganymede and Callisto. Io, of course, has active volcanism that merits further study. If humanity ever puts up the funds to send people to a research post near Jupiter, I can see Callisto-based astronauts teleoperating robots on the other three moons, exploring with a light-speed lag of milliseconds rather than hours.

In many ways, Saturn is like Jupiter. It takes years to get there and it has some fascinating moons that may well be abodes for life (Enceladus is pretty much a smaller Europa). Unlike Jupiter, however, it isn’t a deadly radiation killzone, and the king of its moons, Titan, is one of the most dynamic places in the Solar System. I strongly support the vigorous exploration and eventually colonization of Titan’s surface, not least because of its crazy, awesome, italics-worthy liquid methane lakes and methane water cycle and wind-blown dunes and clouds.  A research base amid the mud, sludge, and darkness there would be my dream.

Location: 3/10. The radiation here is kinder than Jupiter’s and the gravity well’s not as deep.

All right, those are all the locations I could fit into this blog post—LEO, Mars, and Saturn (read: Titan) are the most interesting and feasible destinations, in my opinion, and I can at least hope to see outposts on the second of those within my lifetime. Colonies may be centuries off, but a scientific presence is something we can put up in a matter of decades, with tremendous rewards for us to reap.