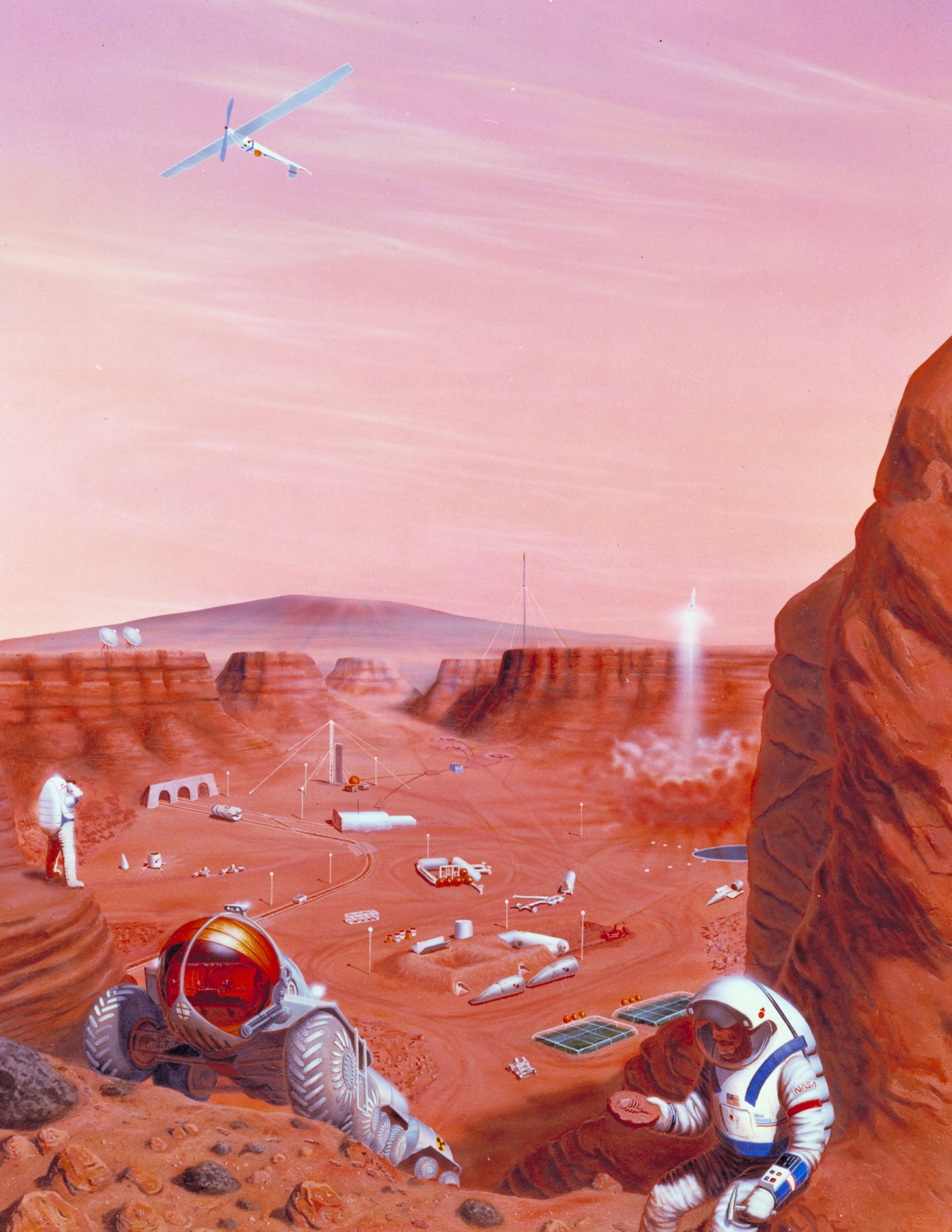 I was browsing the internet today, as I do entirely too often, and I came across this gem of an article:

By “gem,” I mean “whiny dumpster fire.” Sheesh. Though perhaps I’m not being charitable enough, because the author, Zahaan Bharmal, is at least hesitantly in favor of space colonization, and he ends with the unassertive conclusion that “We should use this time carefully to make sure that, by the time we can go to Mars, we really should.”

Reminds me of Goldblum’s character in Jurassic Park: “Your scientists were so preoccupied with whether or not they could that they didn’t stop to think if they should.” Yeah, no. If the Jurassic Park folks had invested just a bit more into security systems, recreating dinosaurs would have turned out just fine. There’s no grand ethical pronouncement against playing God with extinct organisms—and even if there were, grand ethical pronouncements can be pretty tiresome sometimes.

Jurassic Park aside, Bharmal’s article brings up three of the usual complaints: we shouldn’t contaminate Mars, we should send robots instead, and we should solve our problems on Earth first. I won’t linger on these because I’m sure all of you have heard and dismissed them before. Here are some quick rebuttals, before I move on:

Point one worries me the most. All it takes is for some Washington lawmakers to pass a draconian planetary protection bill, and Elon Musk’s schemes are dead in the water (though it won’t stop China. The People’s Republic of China doesn’t give a damn). If certain environmentalists have their way, Mars colonization might be halted for all time due to the slightest possibility of life. Finding real, living creatures there would make the threat even greater.

Here’s an amusing idea I’ve played with: suppose that, sometime in the next couple decades, a billionaire launches a mysterious spacecraft towards Mars using his own private funds. Upon arrival the spacecraft lands safely and then releases an aerosol into the Martian winds, which scatter it far and wide across the planet. Within each droplet are millions of extremophile Earth microbes specifically chosen to thrive in cold and harsh environments. Thus, in one fell swoop Mars is contaminated utterly and irreversibly, and any native biosphere is crowded out to extinction. Any arguments against forestalling colonization to protect local lifeforms are rendered moot. With political obstacles smashed to pieces, the first colony ships soon launch.

Note that AJ Rise, my co-writer on this blog, is a big astrobiology enthusiast, and he will take issue with some of what I just said. Don’t tell him I posted this!

Now, deliberately extinguishing all native Martian life would of course be a major loss to science, to the economy (if the local biota were somehow useful), and maybe to certain aesthetic considerations surrounding biodiversity (let it be clear that nothing else matters—microbes cannot feel pain or value their own existence, so getting rid of them is much like breaking up a scientifically interesting rock).  But if the microbes stand in the way of human development of Mars into an adjunct of terrestrial civilization, the microbes must go.

So many things could be justified in the pursuit of expanding our civilization into the cosmos. I see a future written across the surfaces of Earth, Mars, Venus, Titan, and other worlds beyond, and it is glorious. Why should we shy away from this future? Why engage in hand-wringing over ethics, when such a wonderful vision hovers on the horizon, beckoning us forward?

That’s why so many anti-progress and anti-space viewpoints fall flat in my eyes. They aren’t inspiring, and they don’t have drive. They’re passive, not active. They don’t recognize that the radiant future won’t come to us if we sit around chastising ourselves—we have to roll up our sleeves, go out there, and build it.

2 thoughts on “Ethics and the Conquest of Mars”